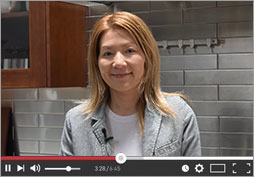 Yan Chang from Domain Cabinets describes how and why she hired us to manage their PPC and SEO campaigns.

Recently, the president of Caroff Communications sat down with president David Oates from PR Security Service to discuss the role that search engine optimization plays in a successful Crisis PR campaign. Oates, an experienced PR specialist and marketing expert spoke with Michael to get to the heart of the matter.

Host: Welcome again to another Public Relations Security videocast. I’m really thrilled that we’re able to get MIchael Caroff of Caroff Communications. Michael, thanks so much for the time. Appreciate it. Give us a little background on you.

Michael: Caroff Communications is a digital marketing agency that only focuses in two areas — websites, everything to do with websites, and search engine optimization which includes both organic SEO and pay per click for Google apps. We’ve been doing both for 24 years.

Host: And you’re also — I’ve heard you perform — and you’re an accomplished guitar player, and that sort of dovetailed, if I remember from history, sort of musician turned digital marketer turned SEO.

Michael: It did. As a musician, I was able to secure a position for Fender Guitar, the biggest electric guitar company in the world. I started a magazine for them. That’s what led me into the opportunity to build and market websites as well as sort of the background ability to do it.

Host: I love stories where people sort of find what is their profession through, I’ll call it ,unconventional means.

Michael: Unconventional would be a good description of it.

Host: Well, from your perspective, though, particularly in the world of SEO, when a negative story, be it a blog post, social media post, be it a news outlet on a particular organization, what are the kinds of things that impact somebody’s search rankings and how does it impact an organization longer term?

Michael: It’s a good question. The first thing you have to remember, and you probably know this, I’m sure, is that, as humans, we are 7 times more likely to spread negative news than we are positive news. So right there anything negative has a leg up on anything positive. Then, you add in the fact that there are so many channels to re-distribute content. We’ve got aggregator sites that automatically go out and find content and repost it. We have people that have blogs, social media accounts, you know, their own websites. There are so many ways that this negative content can get picked up and re-distributed that going viral is sort of a euphemistic way of saying it.

Host: So, I guess the real question then is, once that happens, the frequency of somebody posting negative press, what’s the long term effect, in your world, the long tail effect — how long does something like that stay as a, at best, an annoyance, and at some point debilitating online for an organization?

Michael: In many cases, forever. First of all, many people don’t know this, but content online never goes away. So, as long as there’s a reason (a). for it to stay top of the search engine, and (b). nothing else replaces it, it will stay there.

Host: So that leads me to the following question: given the fact that you really can’t make it quote unquote go away, which is what a lot of companies and organizations want to do, what is it from your standpoint that organizations can do to combat a negative posting?

Michael: Think of it like a bunch of floating toys in a pool.  What you have to do is put other toys on top of the bad toys and push them down. They’re still there, but they’re much harder to see and get to.

Michael: It’s done through all of it. The important thing…what you’re trying to do…is to get any number of either neutral or positive content pieces to rank in a search engine so that they get above the negative pieces which eventually pushes them down.

Host: And, I guess in those types of circumstances, when organizations come talk to you, who do you bring in to support that effort? Who else do you come in, resources-wise, to support those kind of initiatives?

Michael: My first choice would be a crisis PR Company. For two reasons: one is that a crisis PR company is expert at creating an alternate narrative. A positive spin on the situation that’s gone negative. And, there are so many ways to look at a situation that that’s essentially possible to do. The second part is that, when that crisis PR company creates that positive narrative, they are creating new, fresh content that we can then leverage by spreading it out, by rewriting it, by writing auxiliary pieces, so that we can then begin to build an entire positive narrative that can push down the negative content.

Host: Well, you and I have worked beforehand with companies and certainly refer each other in those lights and one of the things that I like is the quickness by which you operate. I didn’t really ask you this question before in our prep, but I’m curious as to what is the imperative when a negative piece is out there? How quickly should an organization get an initiative in place along those lines? Can they wait? Can they hold off on it? What is the…

Michael: Well, there is no specific timeline, but the quicker the better. Because, the longer that negative press stays in place on a post, the better the chance that it will spread and own the search engine real estate. And, that’s what we’re both going for – the negative and positive – it’s basically the real estate. So, once a negative piece has gotten entrenched, it’s more difficult to dislodge it.

Host: Good words to live by. Tell people how to get a hold of you if they want to reach out.

Michael: The best way is the website — Caroff Communications — and the URL is just Caroff.com.

Host: Perfect. Michael, always a pleasure to talk to you.

Michael: Dave, it was great. Thanks for having me.

Host: Thanks for watching. See you next time.

Share on FacebookShare on TwitterShare on Linkedin
Posted in Uncategorized